Palladium Books is measuring Kickstarter interest, on their home forum (via a poll) for the Rifts Board Game. This tabletop/miniatures board game will be the first creation of Rogue Heroes a company founded by Palladium Books author Carmen Bellaire who seeks to capitalize on the success of the Savage Rifts Kickstarter and the Rifts IP. According to Mr. Bellaire he has owned the rights to produce Rifts Miniatures for three years, so this project has been a long time in the making. Rogue Heroes is based in Windsor, ON across the way from Palladium Books home in Michigan. The project is estimated to be up on Kickstarter by late first quarter or early second quarter of this year (2017).

The timing of the Rifts Board Game Kickstarter (KS) is under a number of criticisms. Chief among these is that this project will happen well before Palladium Books finishes delivery on their first Kickstarter Robotech RPG Tactics (RRT), which is three years late. Updates on RRT at Kickstarter, which are coming fewer and farther between, contain little relevant information or show if Palladium Books has any remaining commitment to complete the project. Palladium Books decided to break delivery of RRT into two waves (Update #128, though the project is listed as delivered by KS mind you), but delivery of the second wave and the actual completion of the project, has no end in sight.

Former and current PB customers on various forums; the most interesting of which is on DakkaDakka and on the RRT Kickstarter page, comments at each have (as one bad turn deserves another) called into question, the legitimacy of Rogue Heroes. Carmen Bellaire's close associating with Palladium Books and his reputation as a fan/friend have made many wonder if he and his company is in truth, a separate entity. It might be fan fluff, but There are is also a question of authorship being raised, both in regards to the books he's written for Palladium Books and the development of RRT. I note it because Palladium Books own history of controversy and the lack of professionalism (Bill Coffin, Josh Hilden)  in handling relationships with freelancer's, suggests that there might be truth to the claims being made on DakkaDakka.

Most important and in my view relevant is that Mr. Bellaire's name is prominently displayed on the RRT box as a creator/developer. While we could argue that human beings learn more from mistakes than successes, Carmen Bellaire's experience with Kickstarter is a lingering turd. A big one which won't flush and is endlessly swirling Palladium Books silver toilet bowl. While Mr. Bellaire claims to have provided little input to the financial and project management aspects of RRT it's still the only Kickstarter (that we know of) experience, he has.

Is there any reason to separate Rogue Heroes from Palladium Books?

Thanks to Steve Dubya who posted on the Palladium Books forum, asked a series of excellent questions and ascertained the address of Rogue Heroes.
Posted by WithintheDungeon at 11:58 AM 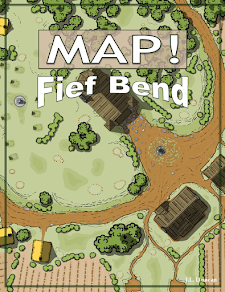 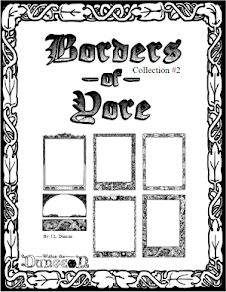 Gamer Gawds of the Many Faced Dice